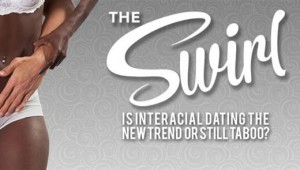 “The Swirl” or to “Swirl”   been around for awhile and has made it into pop culture lexicon as short – hand for dating or hooking up with a person of another race.  Urbandictionary.com provides this elegant and nuanced definition of “the swirl“:

“Two people of different ethnicities hookin up like the ice cream machine, you got chocolate, vanilla, and swirl.” As a follow up example of the term, UD provides this little gem ” doin the swirl” – a white girl says “will smith makes me wanna do the swirl” 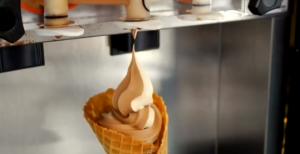 Seeking to capitalize  on the term, a film company called Moguldom studios has been releasing teasers for their new documentary of the same name. From their website:

“The Swirl unearths the real-life conversations folks are having in the shadows on the subject that have finally been brought to light in this enlightening and entertaining documentary. Speaking to men and women on both sides of the debate, the feature length documentary delivers honest and hilarious dialogue on interracial dating by comedians such as Esther Ku, Rodney Perry, and Reggie Jackson. The film dares viewers to take a hard look at their own perceptions. Through in-depth interviews, expert commentary, comedic conjecture and surprising statistical data, the film covers everything from self-hate and racism to the concept of love being colorblind.” 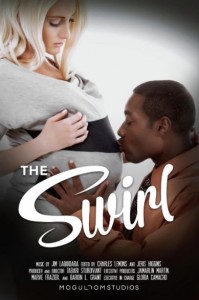 On one hand, it is refreshing that the topic of interracial relationships will be given a media platform beyond the dramatic overwrought but AWESOME writings of Shonda Rimes.  It would be great to hear topics like introducing your significant other to your parents, how to handle comments from strangers or erasing preconceptions discussed by a wide range of people of different cultures and races.  But on the other hand…I worry. Some of the comments by the comedians in the trailer give off the strong impression that there’s going to be alot of  INSERT JOKE BASED ON STEREOTYPE strewn throughout the documentary which I am not sure will be a.) constructive to the conversation or b.) so funny that you laugh anyway and then feel terrible.

So we will see. Here’s the trailer for the “The Swirl.” What do you think, worth watching?