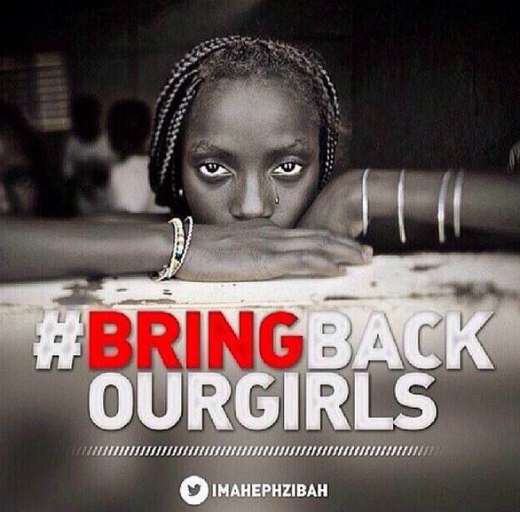 According to accounts, on April 14, 2014 armed members of Boko Haram overwhelmed security guards at an all-girls school in Chibok, Nigeria. The kidnappers, members of am Islamic terrorist group called Boko Haram,  pulled the girls out of bed and forced them into trucks. The convoy of trucks then disappeared into the dense forest bordering Cameroon.On Friday, Nigerian authorities updated the number of girls kidnapped to 276. At least 53 of the girls escaped, leaving 223 in the hands of their captors, police said.  A video released by the alleged leader of Boko Haram reveals that the terrorist group vows to sell the girls into marriage. But as Sister Rosemary Nyirumbe, who runs a shelter for girls abducted by Joseph Kony’s rebel group, the Lord’s Resistance Army, says

The marriage claim is just a euphemism for systematic rape. “This is not marriage,” and “they are being given in sex slavery. This is human trafficking. We should call evil by its name.”

And from the start, the media, international community and even the Nigerian government have been criminally negligent in their response to what can only be called a staggering violation of human rights. First, the Nigerian government straight up lied and announced shortly after the kidnapping, that they’d re-captured all but eight of the missing girls. A statement so outrageously false, they were forced to retract it later.  And it wasn’t until mass protests broke out on the streets of Nigerian capital that the government really began paying attention t the mass kidnapping and rumoured sale of hundreds of young girls.  On Sunday, Nigerian president Goodluck Jonathan pledged to increase the government’s efforts to find the kidnapped children. However, he partially blamed the parents of the missing children for not cooperating with authorities in helping to identify the missing girls. This partial blame on the president’s part is endemic of what appears to be a deeper belief – these girls aren’t important enough to merit facing down Boko Haram, a group with deep, violent and growing roots in Nigeria. Then there’s the response by the media which was for the most part overwhelmingly silent. These young girls are children. They were kidnapped on April 14, 2014. But as writer Charlotte Adler points out in an editorial for Time magazine.

The kidnapping was mentioned for the first time on American nightly news on May 1, more than two weeks after the girls were taken.

To be fair, black news and gossip sites like bossip.com and theroot.com started reporting on the kidnappings well before many other big news outlets began. But the international media has done no better in reporting on this mass human rights violation, with coverage of the unfolding crisis coming slowly if not at all. Let’s contrast this with the coverage of the blonde-haired, blue-eyed Roma girl, dubbed “Maria” that everyone thought had been “stolen” from her parents by a roving band of “gypsies”.  In a frenzy of “xenophobia and sensationalism“, news outlets worldwide tripped all over themselves for one child. And yet there are hundreds of children at stake here. And these young girls are facing the possibility of much greater atrocities than the possibility of growing up a “gypsy.” 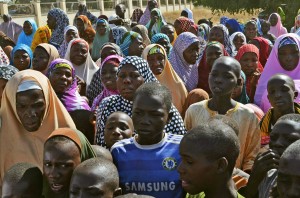 Perhaps even more troubling is the begrudging, heartbreakingly slow response of the international community to the mass kidnapping and likely rape and forced sale of children by an Islamic terrorist group. It was not until May 1, that a handful of U.S. senators introduced a resolution condemning the kidnappings – a resolution that does nothing to help these girls – and while Secretary of State John Kerry had previously expressed concern regarding the kidnappings, it was only yesterday that he officially offered U.S. help in finding and rescuing the kidnapped girls.  The United Kingdom has still not officially committed to providing aid to find the missing girls. Former Prime Minister Gordon Brown, in his capacity as United Nations envoy on education has pledged to request that Parliament provide assistance in finding the children. Weeks after the kidnapping, the United Nations  issued a press report condemning the kidnappings.

It is undeniable that the world, Americans, citizens, us, have turned our back on atrocities before. But it has always seemed to me that dramatic and brutal acts against children trigger a deep reaction in us as human beings. The mass shootings at a summer camp in Norway by Anders Behring Breivik  or the horrific shooting of  Malala Yousafzai on her way from school by a Taliban operative drew worldwide attention and support.  What is the difference? What could differentiate the pain and suffering of these children from Malala or the children hunted down and shot by Anders?  Is it because the adjectives black and female are attached to descriptions of these young girls, it is these two adjectives that strip away the fact that the girls of Chibok have until now been done a disservice by us?

Outside of protests in the Nigerian capital, social media has been the biggest factor in getting the media and international community to pay attention to the plight of these young girls. The hashtag #Bringbackourgirls and #Bringbackourdaughters has been trending on twitter and petitions on whitehouse.gov and change.org have launched.  Only a little over 12,000 signatures have been added to the whitehouse.gov petition. The White House won’t be forced to address the petition unless there are 100,000 signatures. If the internet can muster that many to request that the United States government construct the Death Star, it would be a bitterly disappointing tragedy if we can’t do more than that to help these girls. We must go beyond petitions, scattered news stories and op-ed pieces on blogs and do more to help stop the murder and rape of children – no matter what adjectives are attached. 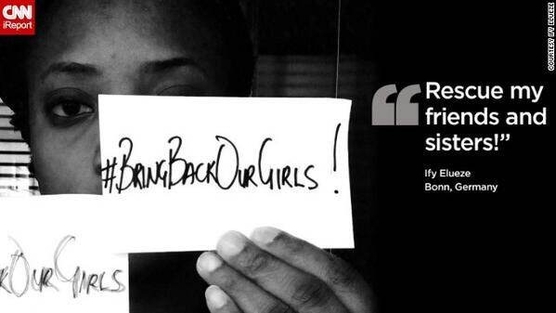 ← The BEYGENCY is coming for you…hilarious SNL skit shows what happens when you say you don’t like Beyonce.
Cautiously Excited? upcoming documentary “The Swirl” tackles the topic of interracial relationships. →