This post was originally entitled “The Best Critique / Defense of Olivia Pope You Will Ever Read” but since the original title is much more succinct and honestly perfect, we decided to keep it.

On November 23, 2013, I was scrolling down my Facebook News Feed, as one does, scrolling the usual mix of humble brags, cat pics and self – righteous rants ( I  can admit that I am guilty of posting all three at various times) when I stumbled upon a Scandal post on a friend’s page. She’d shared the post, originally written by a young man named Ernest L. Gibson, III, and at the time I read it, the post already had thirty or more comments. Curious to see what was inciting such a reaction, I stopped scrolling and read the entire post. Five minutes, later I was writing Gibson and asking his permission to publish his post on our blog. It was that good. Gibson is an assistant professor of English at Rhodes College, a fellow Fisk University graduate and an amazing writer. The post below is short, biting, funny and insightful. We were going to publish this post at the beginning of this season but I wanted to wait and see where Shonda Rimes was going with Olivia Pope’s character. Though the plot has evolved from the time that Gibson wrote this article, the points he raises go to the heart of the show and to what critics really mean and say when they talk about it. I think this is a perfect time to publish this post in light of the season finale and the decisions that the men in Olivia’s life try to make for her or about her . . . 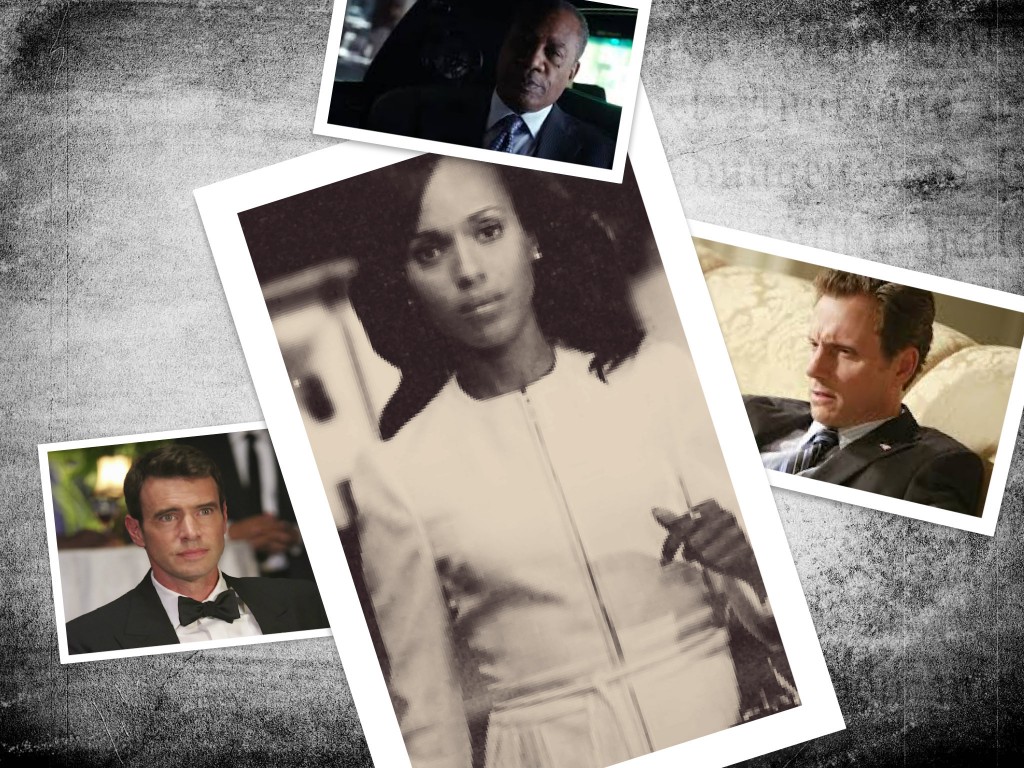 On a final note, aside from breaking the post up into paragraphs and highlighting a few particuerly excepational sentences, we have changed nothing in Gibson’s post. The post is the same in its entirety. This is not done out of editorial laziness but to convey how incredibly impressive it is that Gibson wrote this as a Facebook post; the brevity, the thoughtfulness and the wit is all the more impressive.

Admittedly, it is late and I have no business writing whatever extempore analysis is to follow. Nevertheless, despite my desire to remain a silent critic of Shonda Rhimes’ seductive Scandal, I am compelled to add a few thoughts to the public (social media) discourse. I must also preface this in saying that as a literary scholar, I ought to know better than to offer a reading of any text before witnessing it in its entirety, but – wth, lol. Let’s start: I imagine tonight there are quite a few people out there up in arms over the fact that Olivia Pope has once again fallen into the arms of Fitzgerald Grant. In their critiques, I am sure Kerry Washington’s character personifies a very historic and justified distaste. For those who find themselves genuinely frustrated with Scandal’s narrative, I wonder if they are reading beyond the sheets upon which this seemingly old story is written: White man with power makes sexual object of black woman. Let’s be clear, as an African Americanist, I am very aware of America’s perverse lusting, longing, and pursuit of the racial/sexual manipulation of power. I know, all too well, how this country’s essence can be traced to the degradation, oppression, and enslavement of black people – women in particular. But I also believe that what is happening in Scandal is a bit deeper than the elementary history so many people are JUST now discovering. What am I saying? – Week after week, the public is sure to reimagine Sally Hemings through the body of Olivia Pope. Olivia’s estranged relationship with black men (her father, Edison Davis) coupled with her onscreen romantic/sexual relationships with white men makes her the perfect postmodern representation of the enslaved Ms. Hemings. What we must understand is that Rhimes and her team anticipated this; it was even tucked within the script very early within the multiple scandals.

What is less clear is how the very critics whose minds, stomachs and tongues are turning against Scandal are missing their own complicity within the larger narrative. I find it funny that select critics are quick to speak to Olivia’s devolutionary womanhood as they examine it in relationship to Fitz’ white manhood. The tragic-irony of Scandal, in my premature reading, is that even in 2013, we are unable to imagine women, black women specifically, irrespective of an attachment to a male body. The sexual tragedy of Sally Hemings as an enslaved black woman is compounded by the fact that the readers/viewers of her life have never been able to imagine her outside of what they think Thomas Jefferson viewed her as – a slave. How deadly, then, is our critique when we strip Olivia, and by extension – Sally, of the power to command something like… um… LOVE? To be clear, Olivia Pope is no one’s whore; rather, she is a powerfully lovable black woman who has completely destabilized the world as we know it. This is what is often missing from the narrative; this is what drove white mistresses crazy about their enslaved black women – the truth that despite their social status, these “subjects” have a profound gravity over men, women, and the country at large. And while one might say that Olivia’s sexual deviance is evidenced by her intimate interactions with a married man, one must also understand how that is a necessary part of the narrative. Fitzgerald is, characteristically, a man who has it all – power, family, lineage and economic stability. And yet, he is immensely empty without ‘Liv by his side. When spun as white male privilege and greed, a desire to have all that dwells within HIS domain, the public’s frustration is understandable. I ask for readers and viewers to go deeper.

What happens when we intentionally divorce black female subjectivity from that of property? What happens when we read the interracial shit on screen as a metaphor for the black woman’s place in American society. Simply put, nothing will function without her. Olivia is, without doubt, a beautiful sexual being, but what makes her that above and beyond that Kerry Washington physique is the fact that she is ineffably clever, intellectually sophisticated, and cloaked in a clothed-aesthetic that screams – “to die for.” Indeed, this last quip is the subtext of Scandal. Olivia Pope represents the indispensability of black womanhood to the American nation. She is not Fitzgerald Grant’s black whore, she is his salvation. All that he has become and all that he knows himself to be is filtered through her body. He is because she is. This is the subversive work that Scandal performs – it is but an allegory for something beyond the politics of the physical. If we grant Sally Hemings the humanity that was hers, and offer that same freedom to Olivia Pope, who knows but that we might be able to imagine a black woman free from the fetters of white dominant manhood and more than what the world continues to try to make her – a slave? Her life is so much more than that. And while history will continue to color the ways in which we see relationships – we must be sure that we do not, in our drunken inability to imagine more than historical fragmentations, stumble into that same ass tired narrative that can only SEE women as the sexual objects of an old American religion. So often we read white male eroticization when we should be reading American need. If anything, when Olivia Pope has sex with Fitzgerald Grant, she, much like Sally Hemings before her, is fucking the shit (read preception/logic/philosophy) out of slavery. How’s that for radicality, or what I prefer to call it – subversive enslavement? #RereadingBlackWomanhood-RereadingAmericanHistory 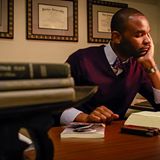 ← NCAA Induced Reverse Racism Syndrome: The first step is admitting you have a problem
Monday’s Links We Love and Love to Hate →