Last month, like the great Jack Kerouac, I came back to my Old Kentucky Home.  Unlike, Jack Kerouac, I am not a beatnik writer moving from one manual labor job to another (I am a lawyer) and unlike Jack Kerouac, I did not come home empty handed.  I moved home to Kentucky with my partner Chan.  I have started practicing law (if you need legal services in the Kentucky area, contact me) while Chan is working for the Legislative Research Commission in Frankfort, the State Capitol.  The major life change has caused us to stop writing blog posts lately, but this is soon going to change.  Our new blog posts will now reflect living as an unmarried inter-racial couple in the bible-belt.  (this sounds like a sitcom!)  Seriously, there are going to be some odd things.  Yesterday, Chan heard two girls at a food court tell a black man that they knew he would eat the Barbecue Chicken (then looked insulted when he told them they were being racist).  Meanwhile, I had no idea that introducing my black partner to people would inspire them to tell me how liberal and open minded they are within the first five minutes of meeting them.   It’s going to be an interesting journey. 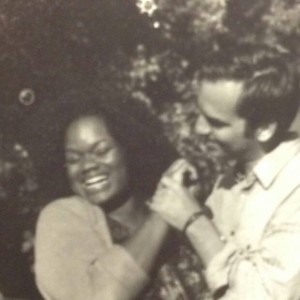 Leaving was a difficult decision because of the many friends and family we left behind in St. Croix.   We both left for career reasons and the mixed reactions to leaving were both confusing and humorous.  St. Croix has experienced a lot of economic difficulties since the Hess refinery shut down and many people have left for work.  Interestingly, some people on St. Croix who are not happy with their job situation or the amount of money they are making told me upon leaving, “I wish I was getting off the island” and “I am jealous of you.”  Then when we reached Kentucky several people asked us, “why would you ever leave St. Croix?  You could go to the beach everyday!”  (I don’t bother mentioning to them that we were lawyers and not scuba instructors so going to the beach everyday was not possible)  I guess this proves that the grass is always greener no matter where you live or whatever situation you are in.

For me, the grass is always greener in whatever place Chan calls home.  I was born and raised in Kentucky, but when I lived in the Virgin Islands, that became home.  Upon reflection, I realize I did not really come home in October.  I had never actually left.