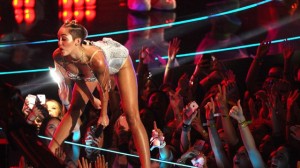 Jezebel.com commentator Ninjacate’s peice “Solidarity is For Miley Cyrus: The Racial Implications of her VMA Performance”

See the problem isn’t that they talked about slut shaming. That deserves attention. The problem is that they completely sidestepped the other glaring teddy bear in the room, and that is the commodification of black female sexuality in Miley’s performance. But it’s not a thing that white women deal with, so it didn’t warrant inclusion or discussion by the white-led mainstream feminist media.

Christelyn Karazin of Beyondblackwhite.com, “Miley Cyrus Isn’t the Only Dingbat Co-Opting What She *Thinks* is Black Culture.” 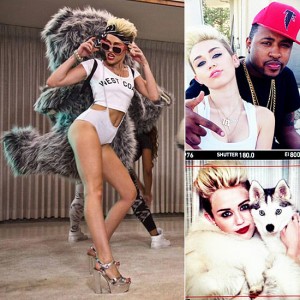 Yes, as a white girl who is a protected species, she has the ability to pick and choose what part of “black culture” she wants, a la carte. And when she’s done playing she can put that “blackness” back in her toy box right next to Barbie’s black friend, Christie. If Miley decides that next week she wants to start wearing Ralph Lauren and hang out at the yacht club, all will soon be forgiven and forgotten.
Not so with us black women, who can’t take our blackness on and off like a pair of shoes.

“If Miley Cyrus’s Twerking Is Racist, Isn’t Janis Joplin’s Singing Also Racist?” by Noah Berlatsky over at the Atlantic Magazine. 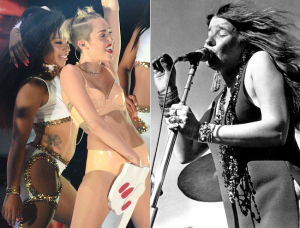 The problem is that Cyrus isn’t racist because she’s awful — or at least, her racism can’t be reduced to her awfulness. Because there are performers who are not awful who have used race much as she does.  Performers like Madonna, who bell hooks famously called out for her appropriation of black styles and of black bodies as props. And, also I’d argue, performers like Janis Joplin.

Finally, “Peanut Butter” by RuPaul and Big Freedia because this video is more of an indictment on how bad Miley Cyrus’ twerking was than anything else ever could be… “must be jelly, cause jam don’t shake.”