So blogger Jamila Akil at Beyond BlackWhite.com has written a post entitled, “Black Women Are Spending Too Much Time and Effort Going to School, They Should Be Spending That Time Trying to Get Married” were she encourages her melanin blessed brethren to forsake the college degree for a “get you a man” degree.  She felt it necessary to write the post because of statistics recently released by the United Negro College Fund that show that black women are enrolling in college in record numbers–numbers higher than any other race, ethnic group, or gender. 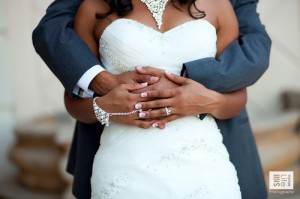 Jamila is worried by these statistics, so much so that she felt it necessary to exhort black women to go on the husband hunt.  I . . . don’t know what to say . . . not because I don’t have an opinion (I very much do have an opinion about this) but because the issue of marriage and education and black women brings up a lot of emotions for me . . . and I am so biased that I do not think I can review Jamila Akil’s topic in a fair and unbiased way. 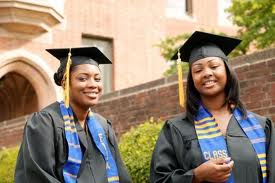 I guess these dummies made the wrong choice.

Ok, I can’t take it. I think Jamila’s whole point is dumb. I think that while Jamila’s wrote her post out of real concern, her point is just really misguided.  I do not think education is the “problem” here, if there even is a problem. I think there are a host of other reasons that black women are not getting married. But educating yourself, protecting your future, enabling the tools to create a career path for yourself is not one of these issues.  To be fair, Jamila does make it clear that she thinks that anyone who graduates from high school should get a college degree. However, she also seems to genuinely believe that by pursuing a graduate degree or by going back to college in your 30’s and 40’s you are never going to find a man and will end up poor and lonely. You heard me,  not just lonely mind you, poor too. Because you don’t have a man to save you. Jamila believes that,

in lieu of finding a husband who can share the burden of raising children, supporting a household, and paying off student loan debt, black women are instead choosing to get a college degree that they hope will provide the financial benefits which a husband usually provides–and the results are not working out the way that these women hoped.

When I read the last paragraph, I laughed so hard, I almost spit up my coffee. This way of thinking is completely out of step with the modern world. Most of the  educated men that Jamila exhorts her fellow women of color to find and latch on to, you know the kind that can afford to provide financial stability for two people, are steeped in student loan debt. Steeped in it. Does Jamila really think that men are providing (as a whole) financial support to women like this anymore?

I don’t know how she can when the U.S. Census Bureau is reporting that, four out of ten American children live in a household were a woman is the primary breadwinner in the household.  Sigh, I see what Jamila is trying to do here.  But this idea is just beyond my ability to grasp.

But maybe I am just a hata, who doesn’t get it. Tell me,  am I wrong for thinking this article is just all kinds of dumb?

Btw, Jamila’s website states that she is getting a master’s degree in business administration.  I guess we can’t all practice what we preach.