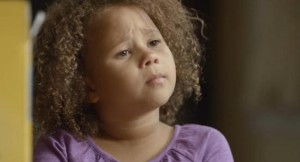 Slate.com has a great article on the recent uproar surrounding Cheerios’ latest effort to encourage people to save their hearts by eating processed food.  As Slate reports,

“Just Checking,”  a cute Cheerios ad featuring a little girl, her white mother, and her black father . . . has  brought the racists out: From YouTube to Facebook to Reddit, insensitive jokes and racist rants crowded out—at least temporarily—the positive responses to the ad. (Sample quote: “If the dad was stereotypical black, I don’t think they would have needed more than 2 actors for the commercial.”) ”

The comments were so bad, Cheerios ended up disabling the  commercial’s youtube comment section. I don’t really have anything to say about this.  It’s 2013.  And for some interracial families,  its a huge step forward to see a reflection of  themselves on television. A right not denied to animal hoarders, the Amish mafia, carnival freak show performers  or mermaids.